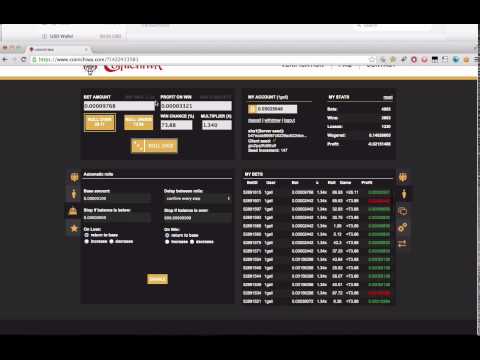 [uncensored-r/CryptoCurrency] My reasons for investing in crypto - revenge trading. BTC confessional inside.

The following post by Psych40 is being replicated because the post has been silently removed and some comments within it have been openly removed.
The original post can be found(in censored form) at this link:
np.reddit.com/ CryptoCurrency/comments/7v5fip
The original post's content was as follows:


Well, not exactly. I bought my first BTC in 2011. I was in a bad marriage, I was a libertarian married to a raging socialist, I basically hated her. I had an alcohol and drug problem. I wasn't happy.
Still, I took serious notice when I first started hearing about Bitcoin. I remember heading down to the Western Union offices and handing over cash so I could get those little slips of paper (I forgot the company I was buying BTC from - they were advertised on Free Talk Live... whatever).
Anyways, eventually, after some fits and starts, I ended up with about 30 Bitcoin. Well, I lost the keys to the first 10 of them after I bought them. The other 20, I held on to them for a while, then watched them appreciate to about 30-40 bucks apiece, which surprised me a bit. Wow, free money! So what did I do?
What does any good addict do? I gambled them away! Satoshidice! Initially I had only planned on gambling one or two of them away, but I accidentally hit the wrong button on my computer (I was drinking and smoking dope at the time, you see), and I ended up dumping most of my BTC only a stupid loser bet, and promptly lost everything but 1-2 BTC).
Well, I felt stupid about that, and when I sobered up the next morning and realized what I did (at the time, basically blowing about 300-400 bucks on gambling), I felt disgusted at seeing the rest of my BTC. So what did I do then?
Went to the Silk Road of course!
No, I didn't buy drugs. That would have actually made sense. I actually just ordered a bunch of silver coins from a reputable dealer on the site (I still have the coins in fact), and then I forgot about Bitcoin for the next few years. In the meantime, my drug and alcohol problem got worse, nicely in tandem with my crumbling marriage, I eventually got divorced, got sober, and here I am now.
So, as you can imagine, when I started seeing Bitcoin really start taking off in 2017, I started getting kind of pissed off. I mean, I had at one point 30 Bitcoins. That was serious, life-changing dough I could have had right now, for fuck's sake. I mean, I have a good job now, I make six figures and have good benefits, but honesty, I really sometimes get annoyed about the work I do and wish I could retire early. Work sucks sometimes.
Anyways, so, I decided to start buying Cryptos again. Since 2011, the options for easily buying Bitcoin have rapidly narrowed again, apparently our only options left are this shitty outfit called Coinbase. So, no big deal, I start buying Bitcoin again, here and there. It appreciates. I sell some of that, then I start buying some Litecoin. That one doesn't just appreciate, that sucker starts mooning. My initial investment in LTC of a few hundred turns into a few thousand dollars. OK, holy shit, this is getting good. By this point it's getting towards the end of the year, and I find this site called Binance, and I sign up for that. I start throwing BTC and ETH at every coin that looks halfway decent, and before I know it, I'm up another several thousand dollars.
Holy shit. I start getting overwhelmed by all of this. My fiancee tells me (and we talk all the time) - hey, cash out, then you'll only be playing with house money, you'll feel better. I do that. Now, my wedding is paid for, I maxed out my IRA for last year, and I paid off some of my car loan with the proceeds. Good stuff. This was an eye opener.
Now, I'm in a different mode. I realize, hey - I think I can actually do this, and be successful at it. Yes, I totally get that the runup late last year was really the side effect of a lot of noobs crowding into the space (arguably, I was one of them) and throwing money at any sub-1$ shitcoin they thought looked halfway interesting and had a good story behind it - and I benefitted from that.
Now, I'm on a different mission. I know that I don't really have the discipline or skills to be a daytrader or swing trader. I got lucky there.
What am I doing now? I am now spending virtually all my spare time doing research, reading white papers, reading articles, and being as careful as I can to only put my money in coins that I feel are going to be part of successful, long-term ventures, ones that have a future. I'm obsessed with crypto. Initially I was watching prices. Now, I barely do that - because I'm just reading all the time.
I know that the chance of me investing in the "next Bitcoin" is almost nil - that ship has sailed. BUT, I think I'm early enough into this, and I'm fucking determined enough, that 2-3 years from now, with the right, deliberate, patient strategy, I'll make some money that will be life changing, and I'll invest in something that's going to be very big and change the world as we know it. That's why we're all here right?
I have an additional reason to be here - I want to get revenge on my older self, the self that had the opportunity, knew that there was something to cryptos before anyone else did, but was too undisciplined, too drug and alcohol addicted, and too emotional to actually see it through. I'm going to be calm, patient, disciplined, and that's how I'm going to succeed in crypto, and that's going to be my revenge.